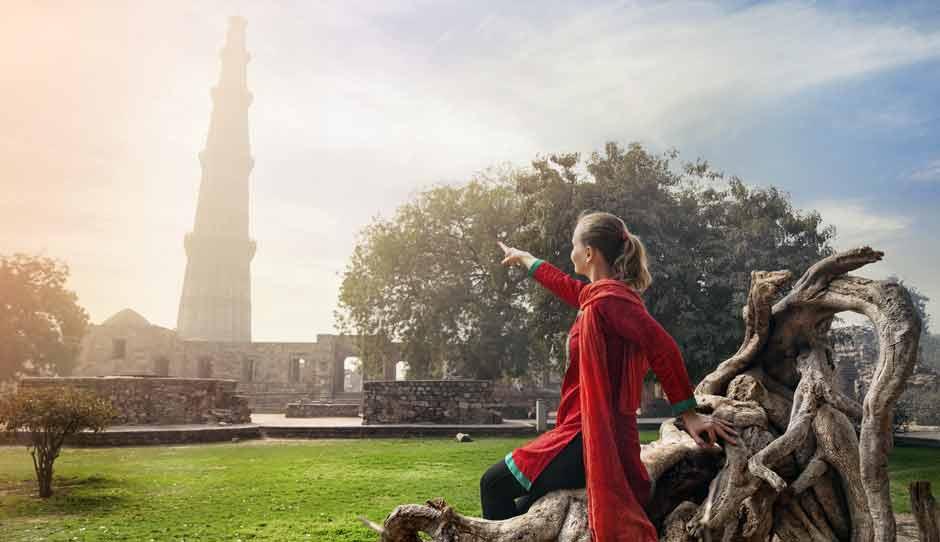 F5 Escapes was born out of Malini’s passion for travel. The company helps women come out of their shells and discover our beautiful country with like-minded strangers.

Malini Gowrishankar thinks of herself as a nomad. After working in the corporate world for close to a decade and as a voiceover artist for another two years, she was thinking of setting up a travel venture - when the Delhi rape incident happened. Malini saw that the incident hit headlines across the world and sent signals to foreign tourists that India was not a safe place, especially not for women. As a result, the number of in-bound tourists plummeted in the months following the ghastly incident. Malini was deeply moved by this and started wondering if she could help improve the situation in anyway. She asked herself how she could help change this perception about India – that it is unsafe for women. And that is when she decided to set up a travel venture that would cater only to women, with the sole intent of helping them travel safely and pleasurably in India.

Thus was born F5 Escapes, in July 2013. “I planned my move for nearly a year before I actually made it. In the meanwhile, I saved whatever money I could. Thankfully, this business does not require much seed capital,” says Malini. She started F5 Escapes with a capital of INR 1 lakh.

Did the thought of failure ever cross her mind when she became an entrepreneur? Was she afraid of jumping into the choppy waters of entrepreneurship? Malini agrees that she did feel a little afraid, a little nervous. But with characteristic gumption and honesty she said, “I used my fear to propel myself forward. I told myself that I simply could not fail, because travelling is my destiny. And, setting up a venture to solve this problem I had identified was the purpose of my life.”

Put this way, fear had no choice but to turn into positive kinetic energy, an energy that has helped grow F5 Escapes into a credible, respected travel outfit. The company offers a wide range of experiential tours for women across India. The emphasis, I notice, is on stitching together interesting itineraries that help travelers understand and savour this big, delightful enigma called India. F5 offers both fixed and customised itineraries. From the Andamans to Kutch, from Ladakh to Shimoga, there is a rich palette offered to the genuinely curious woman traveler.

In a touching revelation, Malini tells me that many of the women in her groups are travelling for the first time without their family. Travelling with strangers, they are tentative at first. But quickly, they shed their inhibitions and transform into excited, curious, childlike individuals. After that, there is no stopping the gaggle of women! They swap tales and experiences like old buddies, and even give advice to one another. Malini says with a wide grin, “This is one of the eternal joys for me and my team. We feel so emotional when we see these strangers bonding and sometimes, even building lasting friendships.”

The way professional connections are forged by co-travellers during these trips is another magical outcome of such a travel venture. And this happens more often than you might imagine.

Recently for instance, a woman entrepreneur who makes terracotta jewellery and a social worker (working with an NGO that helps rural women get better livelihoods) met on one of the F5 trips. The social worker ended up inviting the entrepreneur to a village in North Karnataka to train women in making terracotta jewellery, thereby giving the women of that village a while new livelihood!

”Oh definitely, my team and I want more such magic to happen“, says Malini emphatically. One can make out that she is deeply moved by such experiences. Which is why even though it is a for-profit venture, F5 Escapes is a venture with a heart. It is an effort that spawns connections and relationships that will change people’s lives in unforeseen ways.

Today, Malini is at a stage where she can look back and smile philosophically at the tribulations she faced along the way. She admits that she came to closing down the venture at times – because she couldn’t find enough customers for her trips. But she hung on gamely, on the strength of her conviction and her deep love for travel. Deep at heart, she believed that someday, things would change for the better.

She recalls, “In the initial days, even if there were just 2 people for a particular trip, I would go ahead with it. I incurred losses on such trips, but after a while, this strategy started paying off. Word-of-mouth started spreading and those first few happy customers brought in many more!”

The F5 team is deeply committed to taking F5 places – pun intended. The entrepreneur admits that in this business, the trust of the customer in the venture is the make-or-break factor. Which is why the team spends a lot of time and effort in planning the details of each trip, paying special attention to the safety of the travelling women. Among other things, this means that every destination is visited in advance, as part of a reconnaissance trip.

From a young age, Malini has pushed herself outside her comfort zone and tried to experiment with a lot of things. Participating in a variety of competitions in her childhood helped her overcome the fear of failure. She credits APJ Abdul Kalam’s book Wings of Fire as a game-changing influence in her life.

”It taught me the power of human potential. It showed me that with conviction and resilience, one can achieve such a lot in life,” is how she signs off.